Have you ever heard that expression, the music that defined a generation? Usually its just a bunch of garbage marketing that encourages people to get nostalgic and appreciate something new. It got you here though didn’t it? 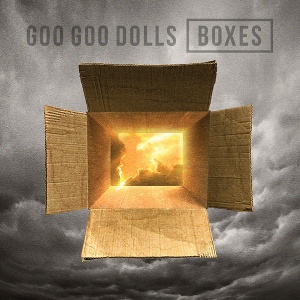 Goo Goo Dolls are an American rock group. The band was formed in 1986, a year after I was before, though that’s not relevant to their story, it’s a personal anecdote. Robby Takac and George Tutuska had been long-time friends and invited John Rzeznik to play with them. They had a gig but no band name and decided on Goo Goo Dolls after seeing a True Detective ad of a toy with the same name.

They released their first album, self-titled, in 1987 to a smaller label, but it wasn’t long before they were opening up for punk bands like SNFU and The Dead Milkmen. Two years later they released Jed. Their third release, Hold Me Up, allowed them to get into the legendary CBGB music club as they incorporated more heavy metal, punk and pop into their alt rock sound.

They released another album and got more success, but it was shortly after the fifth album, A Boy Named Goo, that Tutuska departed and the band began touring. With the release of the single Name, Goo Goo Dolls hit the big time. Then they had an opportunity to write a song for the City of Angels soundtrack, and that was it for them. Rzeznik came up with Iris during a serious case of doubt and feeling uninspired.

I’ve linked to the music video here – In case you’ve been living under a rock or weren’t born at the time. Then they recorded Dizzy Up The Girl, their sixth studio album, and went triple platinum in the states.

Granted, that’s a lot of build up for an album, but here we are, eleven albums in, and 27 years later – Boxes.

Maybe it’s the nostalgia or the lack of viable reviews from other more famous and liked venues than mine, but I love this album.

I actually think that their sound has improved over time and while they’ve had success since Dizzy Up the Girl, this album feels like the spiritual follow up to it. The boys are more mature, and the songs are even more heartfelt, but seasoned. I like all of the songs on the record. I cannot find one that I dislike.

This band is in it’s middle age, and they are moving away from high energy and singles towards mood and depth. Of course, they still pay attention to the present. So Alive kind of reminds me of a Twenty One Pilots song with that sweet piano. Souls in the Machine  and Reverse are great examples of their anthemic rock.

My personal favourites are Flood, Free of Me, and then Boxes, which well represent the upbeat message of the whole album. This is Goo Goo Dolls at their best, negativity be damned. Okay maybe Lucky One isn’t the best, it’s a little contrived, (I still like it though. Hence the 9 out of 10.

Goo goo dolls will always have a place in millions of peoples hearts, and that Iris was ranked number 1 on Billboards Top 100 Pop Songs 1992-2012, simply proves it. If you don’t own Dizzy Up The Girl, you should. And if you already know better, give Boxes a listen too. It’s worth unpacking.