You only get one shot at life, and sometimes the kid with the most problems ends up being the adult that saves the day, over and over again. Like a fine wine, it is only with age that they continue to become better versions of themselves. 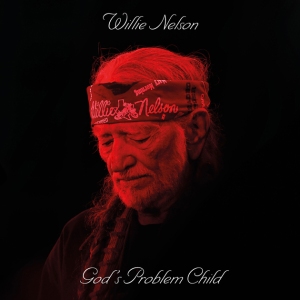 Willie Hugh Nelson, better known as Willie Nelson, is an American musician, singer, songwriter, author, poet, actor, and activist. In other words, at eighty four years old, he’s done much more than most of us could ever hope to achieve. Interestingly enough though, he didn’t see accolades or critical success of any kind until the 1970s with Shotgun Willie, Red Headed Stranger, and Stardust. Nelson was into his forties at this point, so something to consider if you haven’t made it yourself just yet.

As such, Nelson is one of the most celebrated country music artists of all time and a main contributor to the popularity of outlaw country in the 1970s and 1980s. If you aren’t familiar with it, outlaw country is a subgenre of country music that developed as a response to the conservative nature of music coming out of Nashville, Tennessee at the time.

Much has happened in the years following, with Nelson having acting in over thirty films, authored books, joined the supergroup The Highwaymen with Johnny Cash, Waylon Jennings, and Kris Kristofferson, and paid off over thirty million dollars in debts owed to the IRS. And we haven’t even really touched upon his activism. But I don’t have the space for that in this post.

Today I’m going to talk about God’s Problem Child, both the album and the eponymous track tucked in the meat of this record.

God’s Problem Child, the album, is one tackling mortality and also have a sense of appreciation for a life well lived. Between David Bowies’ Black Star and Leonard Cohen’s You Want It Darker, this is another album on the subject of death from an artist well into the final stage of life. Nelson just happens to be sticking around a bit longer than those two gents, and for all we know, this might not even be his last offering.

Featuring a range of songs on the topic, from Little House on the Hill and Old Timer, to Your Memory Has a Mind of Its Own, to the hilarious Still Not Dead, and especially It Gets Easier, this album has all the grace and humour of Willie Nelson, with the first touch of reflection on a life well lived.

Little House on the Hill explores the afterlife and what Nelson’s eternal home will be like, and Old Timer shows the realities of geriatric heartache – a well oiled engine, but a rusting frame with bad suspension. True Love is a demonstration of unending compassion, and Delete and Fast Forward is a political number that reminds us we’ve messed up like this before Donald Trump came along.

Hell, even the song Butterfly is a metaphor for transformation and fleeting nature of life.

As for the track, God’s Problem Child, we see Nelson featuring the late Leon Russell (in one of his final recordings) and efforts from Jamey Johnson and Tony Joe White on lead vocals.

And no, it’s not a game changer in the opus of Willie Nelson, but God’s Problem Child does remind us of his iconic status and continued relevance, well into his golden years.

If you take away the IRS battle, marijuana activism, all of the americana and competition over the years, it’s still clear as day that Nelson can drum up new material with the best of them, creating music that sits with you and leaves a mark. The kind of work worthy of an outlaw. I can only theorize he continues to keep this pace and we get a few more years in the era of Willie Nelson.