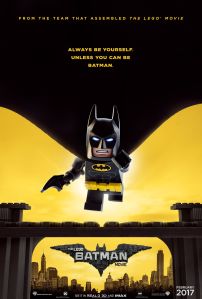 Chris McKay also know as Chris Taylor, is an American director and animator of film and television. Best known for his work directing and editing the shows Robot Chicken and Moral Orel, The LEGO Batman Movie is his first film. He is also set to direct a live-action Nightwing movie which has yet to be scheduled.

Having spent most of his early career involved in video production, McKay learned about editing and eventually landed an editing job with ShadowMachine, which allowed him the opportunity to work on what would become the hugely successful Robot Chicken stop motion animated sketch comedy show. Which led him to help co-direct animation for The Lego Movie and giving him the opportunity to direct the film of today’s focus.

A little flavour on the film

Taken from Wikipedia and edited down –

The Joker (Zach Galifanakis) has plans to destroy the city, then Batman (Will Arnett) hurts his arch-rival’s feelings by telling him he is not as important in his life as he thinks he is, leading Joker to seek the ultimate revenge on him.

During the city’s winter gala, which also celebrates the city’s new police commissioner, Barbara Gordon (Rosario Dawson), Bruce Wayne falls head over heels, only to be infuriated by Barbara’s plans to restructure the police to function without the need of Batman. Joker then crashes the party with all of Batman’s rogues gallery, and oddly enough surrenders, with the exception of Harley Quinn (Jenny Slate), who disappears during the confusion.

Suspicions now raised, Batman plans to steal Superman’s Phantom Zone Projector, a portal to a prison housing some of the most dangerous villains in the Lego multiverse.  Alfred (Ralph Fiennes) intervenes and involves Dick Grayson (Michael Cera), whom Bruce unwittingly adopted as his ward during the gala. After the heist, the pair break into Arkham Asylum and send Joker to the Phantom Zone, but Barbara locks up Batman and Robin for their reckless actions.

Harley steals back the project and frees Joker, with all the Phantom Zone villains in tow. Barbara has a change of heart realizing what has happened. She frees Batman and Robin, and along with a suited up Alfred, the four of them team up to stop Joker. When they meet one-on-one again, Joker confronts Batman, stating they are arch-rivals, but Batman baulks at it and Joker zaps him with the projector. In the Phantom Zone, Batman accepts that even he needs help, and makes a deal with the Zone’s gatekeeper, Phyllis (Ellie Kemper), to retrieve the villains so that he can stop the destruction of Gotham.

Joker intends to blow up the city’s Energy Facility, forcing the thin floor of the city apart and be destroyed, and so Batman assigns Barbara a Batgirl costume, and recruits the other villains Joker has left behind. It’s too little too late, and the bomb rips the city apart. Knowing this was his fault, Batman reluctantly convinces Joker that he is the true reason for being the hero he is, before they, their friends and allies, and the city’s inhabitants, chain-link themselves together and pull the plates back together, saving the city.

Phyllis decides that Batman can remain after seeing how much he had changed in order to save everyone. Batman then allows Joker and the rest of his rogues gallery to temporarily escape, with the confidence that whenever they return, they will be no match for his new alliance with Robin, Batgirl, and Alfred.

Now, what the synopsis I have provided doesn’t tell you is how self-referential and hilarious this movie is to experience.

It is at-once a biting satire of previous Batman franchise outings, teasing the ever-popular use of Bruce Wayne’s backstory as plot motivation, as well as directly addressing the eternal dance between The Joker and The Batman. And yeah, it’s great that The Batman wants to fight around, but The Joker wants him to commit to him as an arch-villain. And rightfully so, they’ve only been at it for over seventy years!

Pros: It is surprisingly sophisticated in it’s exposure of Batman, how pop culture has appropriated him, and core issues we’ve all been thinking about for what seems like decades. Top it off with a smart bow, riddled with fun for kids, and this is a movie not to be taken for granted. Michael Cera is heartwarming as Robin.

Cons: It does become a bit difficult to swallow all of the bricks towards the end, surprisingly enough because the story works so well to disengage us from the kitsch of the format it’s presented in. And the happy Bat family moment feels a bit shoehorned.

Points of Interest: In a blink and you’ll miss it moment, Batman references the 1989 movie when he says  “You want to get nuts? Let’s get nuts!” to the Joker. Billy Dee Williams voices Two-Face for the movie. He also portrayed Harvey Dent in the 1989 movie, but never got to play Two-Face in the third movie because Joel Schumacher recast Dent with Tommy Lee Jones.

I cannot say enough good things about this movie. It is so reinvigorating to see DC poke fun at The Batman for once. Acknowledging all of the missteps over the past few years, *cough* Suicide Squad, Batman V Superman, and Man of Steel *cough* it’s great for them to realize that Batman is their best character, but that people are sick of seeing the same old Bruce Wayne.

The LEGO Batman Movie gives the people something to look forward to. It’s fun, interesting, and even humanizes the Bat. Go Will Arnett go.

Maybe it’s my fine art background or maybe it’s simply my love deconstructing and reconnecting the LEGO assemblages I made as a young boy, but this is exactly what postmodernism should have been doing with Batman in the 1990s, not making him a goof with big nipples, but a caricature worthy of dissection and primed for exploration.

That said, you should also check out this cool vid we did for episode three of Watch Culture!

Out of theories for now creative cuties, tune in tomorrow for some wisdom. Same Bat time, same Bat channel.