Families are weird. And almost everyone thinks they have the weirdest of all, but let me assure you, they’re dead wrong.

These guys are the weirdest. 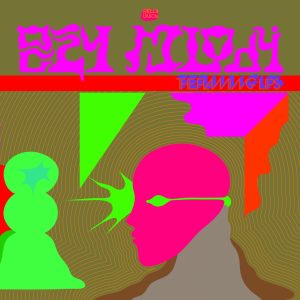 The Flaming Lips are an American rock band that loves their alternative, experimental, post-punk, psychedelic style, and I don’t expect them to give it up anytime soon.

Also, I’m just going to throw this out there, because I’m quite confident that it’s true. When I hear the songs on this album I can’t help but hear that distinctive Gorillaz sound intermingled in there, which makes me ponder upon the past for a minute or two… The Flaming Lips have been around for the better part of 3 decades, first forming in 1983, right? And Gorillaz only came to be in 1998, a definitive fifteen years later. So they have to have been influenced by The Flaming Lips right?

Which tells you something about me. This is my first Flaming Lips album.

I mean, I know about them. I’ve been fortunate enough to know they’ve made fourteen studio length albums in their career, but I never picked them up, mostly because I wasn’t too sure whether I’d like their sound.

It’s always the surprise albums that take your breath away.

What starts as a rather slow foray into the the fantasy world of castles, unicorns, wizards, frogs, et al. slowly becomes a backdrop for a message about the resurgence of hope. This is because Oczy Mlody, roughly translates to “eyes of the young,” from a Polish phrase these guys found. It makes sense given present company.

Over recent years Miley Cyrus has become something of an unofficial muse for The Flaming Lips. They even helped produce a twenty-three track album called Miley Cyrus & Her Dead Petz with her back in 2015. So it’s fitting that the old solidify the reputation of the young, and the young provide energy and relevance for the old. Best exemplified in closer track, We A Family, it is here that we get to witness some serious leg stretching on the part of The Flaming Lips.

As a track, it doesn’t really fit in with the rest of the album, but is also the best part of it. It serves as an anthem of love, but it also ties all of us together into one big happy metaphor family.

Some of my other favourite tracks are The Castle, a perfect semblance of all that is sow and somber on this album, which is most of it. For instance, James Earl Jones delivers a monologue on unicorns in There Should Be Unicorns. It’s one of the saddest and loneliest space operas I’ve ever had the pleasure of listening to.

I don’t care that Metacritic scored it as a 6.9, most of those reviewers missed the mark here. This is a slowburn which only gets warmer and brighter upon subsequent listens, this I can be sure of.

The Flaming Lips have been experimenting for years, and I wish I had seen them for the loving weirdos they are so much earlier in my art career. Because I would have fit right in with them. And now they’ve managed to make me appreciate Miley Cyrus as the weird sister I never thought I wanted. Through the eyes of the young we are reborn. A beautiful melody indeed. But that’s just a theory right?