The movie was called Don’t Think Twice, and it featured a cast of prominent comedians in roles as members of an improv troupe.

I’d been meaning to watch it for some time now, but after HMV Canada announced their bankruptcy at the end of January 2017, I had to reassess my buying habits and do the best I could to prepare for a conversion to shopping through Amazon and other online stores instead. I actually don’t think it will be terrible for me in the long-run, in fact, it may have skyrocketed my ideal collection size preemptively – I’ve bought over 150 new movies in the past few weeks… and I don’t think I’m done just yet.

Point being, I held off on buying this movie because I knew I’d likely have an opportunity to get it at a discount down the line.

Now, as I’ve mentioned on a few other occasions, both of my brothers are involved in an improve troupe themselves (read: The 11 O’Clock Number), which is organized and run by our mutual friend Byron Martin. In fact, Byron was the featured interview for January on timotheories. Cool story right? 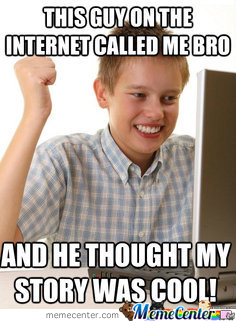 We’re Not Gonna Take It

Ryan (the youngest of my two younger brothers) originally decided he wanted to watch Don’t Think Twice with me last night because he had high expectations for a solid comedy, and we had just knocked out a slog playing Dead of Winter. After all, the movie had a certified fresh logo from Rotten Tomatoes, and features the talents of Keegan-Michael Key, Gillian Jacobs, Mike Birbiglia, Kate Micucci, Chris Gethard, and Tami Sagher – but I knew better. I probably should have warned him what he was getting into, but I didn’t, because I thought he would be delightfully surprised at the results.

You see creative cuties, Don’t Think Twice is actually a dramedy about the impact the sudden solo success of Jack (Keegan-Michael Key) has on the improv troup he is a part of, The Commune. The majority of the film is about how his relationships change with each of his friends. It features honest portrayals of fame, anger, sadness, jealousy, betrayal, how romance changes, and everything in between.

The difference is that the comedy only happens on the stage and in the rehearsals, so we are never helped along to comfortably address the problems which show up. Much like real life, the success of Jack don’t come bundled with irreverent comedy, but heartaches and lots of negative feedback from the group. And eventually some compromise.

It’s a very relatable story, and I think it serves a very opportunistic purpose. Yet another of my theories about the arts.

Now don’t get me wrong, my intent with this post was not to jump ahead on the Theatrical Tuesday review or even skirt around a topic, but I needed to give you a set up before I explained what the theory is about.

Sometimes they’re funny in an entertaining way, and sometimes funny in a surprising and disturbing way. We often assume that when we engage in art, whether it’s film, theatre, music or visual art, that we are looking at something be transported away from the world in front of us, but a good artist knows that they are a lens, a focal point to share a message.

And sometimes that message is not one embedded in escapism.

My brother, bless his heart, is a very emotive person, so for him expecting a comedy and getting a drama, is surprising. He didn’t expect to experience a message which hit so closely to home with his own experience being involved in drama, but the theory rings true – we enjoy that which is alien to us, but whenever we engage with some that is familiar, there is an opportunity to be taken in and to experience real emotions.

Would that movie have had as strong of an impact on someone who doesn’t like theatre or support the arts? Not very likely, but because Ryan performs in his spare time, all of the awkward exchanges hit home for him directly, and made the film all the more real. Which is what is what a good film should do. Engage you and activate your mind.

Do I regret that we didn’t watch something that made us laugh all the way through? No, not really. Do I regret the surprise I laid for my brother? No, not really. Because there is another lesson that the general public will learn watching that film, improv is life, we all improvise our way through it, these people just get on-stage and say yes… and. Yes… and. Yes… and.

Effectively sharing truths through comedy. But that’s just my theory.