Throughout my life I’ve heard the same mantra over and over again.

Many people state that the english language is intuitive for native speakers, but very difficult to learn when you already have another language or two under your belt. Not counting all of the weird cultural idioms that have developed over the centuries, and the regional dialects that exist inside of countries like England, the United States, Australia, and Canada. But what about the differences across states, provinces, and cities? Not to mention the fact that the english language is full of grammatical problems, oh so very many problems – the kind that can drive a professional writer into a state of madness. 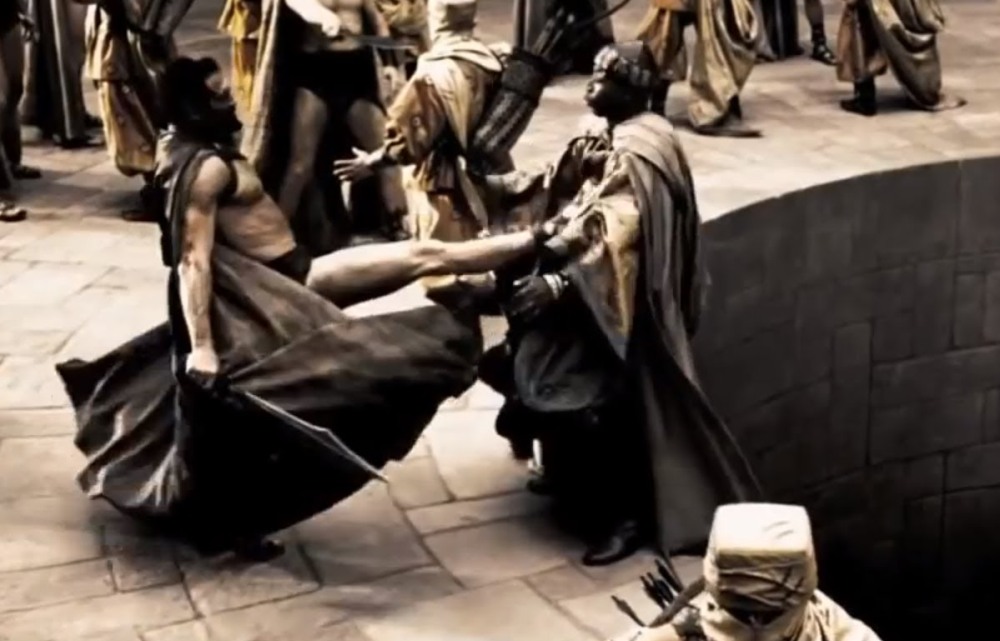 And not the shit-kicking kind of madness which induces literal pitfalls from Gerard Butler, but brain madness from literary pitfalls that are more worse than a brain freeze but less worse than a lobotomy.

But now you’re probably thinking about what a lobotomy would feel like aren’t you? But that’s not really what this post it going to be about.

No, I wanted to dig in a bit more, and poke around with a word that is near and dear to my heart, the word LOGOS. You’ll see why shortly. If we consider the words etymology, which I just get a kick out of writing, but more on that later, you’ll begin to see where the opportunity is for you to think about the principles of language differently as a creative professional.

The study of the origin of words can be a downward spiral all to itself, but let’s take a tour of the word LOGOS. The word has Greek origins, and is one of those words with numerous English word equivalents, all having their own meanings – thought, speech, meaning, reason, proportions, standard, logic, order, wisdom, truth, and word (of all things), as well as a few others.

When we layer in the field of philosophy, LOGOS brings life and order to the known universe. Taking the mythical, the unknown, the fantastic and making applying a principle of organization guided by state of change.

And as someone with Christian roots, it’s compelling to learn that the term became significant in Christian doctrine to define the role of Christ within the created world. I mention this not because I want to go down the road of religion, spirituality, et al., but because as creators ourselves it is important to figure out how we order and shape our own personal created worlds. Do we created self-contained universes that only materialize once? What about sharing stories across works? Or what happens when you intertwine a series of work with yet another and bring a new level of connectedness through the broader framework?

Of course, none of this development is going to come to you easily dear readers – I can guarantee you that much. Defining something so complex as the direction you should be headed in takes time, but I think there are ways to arrive at the destination while maintaining enjoyment of the journey. As Aristotle defined in his Ars Poetica concerning the three modes of persuasion. LOGOS is an appeal to logic, PATHOS is an appeal to emotions, and ETHOS is an appeal to ethics.

Not one of these methods is more or less relevant than the other, but we have to start somewhere. And defining LOGOS is a good place to start. In the future I will spend some more time demonstrating how to articulate a LOGOS using my own art practice as an example, but PATHOS and ETHOS will definitely factor is as well.

It’s all important in the development of your creative voice, at least that’s my theory.

Having said all of this, that doesn’t mean that the definition of LOGOS is fully and complete resolved yet, and much like the English language, it’s not the pack leader for most the difficult ideological concept (or language) in the world either. And did you know that Russian, Japanese, Mandarin, and Arabic all hold some difficult aspects that make them strong candidates? Fun tidbit right?

I’m just about out of theories for now my friends, but come back tomorrow for an album review of 2x mothers.