There are moments when I’m sitting over there, in my easy chair, philosophising about the next big theory of the arts, where I contemplate, and others where I instead sit down with a good book and consider another perspective – ever hear the expression one man’s truth is another man’s lie? Well if you haven’t then you might still be open to learn something.

There are a lot of idioms out there about the concept of truth, dear readers. If the truth be known… a grain of truth, ain’t it the truth, bend the truth, fact is stranger than fiction, the gospel truth, honest to goodness, the naked truth, the moment of truth, truth will out, and the list goes on.

Sometimes the truth is even hard to swallow.

The truth is, when you are putting together all of the facts, reality bites. But that doesn’t mean you should share a bald faced lie either. Well, at least that’s what the author of this month’s 5 L’s Of Language would have you believe.

Sam Harris is a best-selling author and neuroscientist, not to be confused with a neurologist, which people sometimes think he is. And he also believes that if a decision came down to a matter of ethics it would be his responsibility to share that reality with you, otherwise he would be making a lie of omission, which should bear the same weight as a commissioned lie.

Harris is something of a heavyweight when it comes to atheism. Sharing ranks with Richard Dawkins, Daniel Dennett, and Christopher Hitchens, he has been called one of the Four Horsemen of the New Atheism. An advocate for separation of church and state, a strong critic of religions, and a critic, Harris chooses to focus his ideas on science and secularism. His list of books includes:

The Very Worst Part Of You, Is Me

Have you figured out which book I read yet my friends? I’ll give you a hint, Pinocchio would probably be an expert at navigating a series of unfortunate events which stem from this practice. 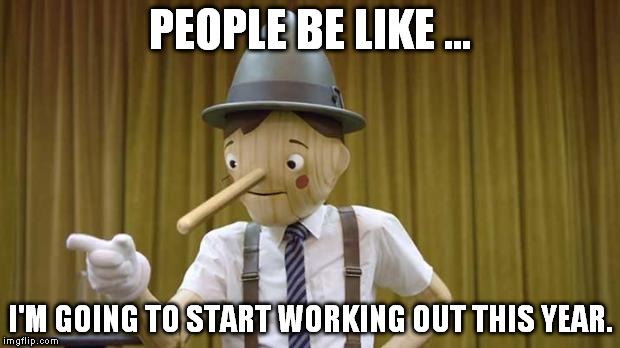 That’s right I read through the book Lying. Which is pretty much just a hard cover essay that was a breeze to get through, but a little bit harder to digest, given what Harris is recommending in his thesis.

Effectively Harris states that we should all line up with his own personal philosophy of honesty at all times. This means avoiding lies when confronting serial killer child murderers, overweight spouses, and even coworkers. The only people who really seem to be exempt are spies, but they live a hollow life after all, one which is for a purpose far grander than they are capable of seeing. So white lies, lies of omission and everything else are unacceptable.

Which is where the essay is ultimately flawed, but interesting. I would agree with Harris that we should avoid white lies whenever possible, but there are some circumstances which are far beyond the scope of certain groups (read: poor people, discriminated minorities etc). And dealing with people with failing health is far more complex than the feelings of the ill versus the feelings of those who are left behind. Not all have the benefit of choosing who they interact with, but perhaps there are some lessons within.

Blame It On Your Heart

Don’t get me wrong, I was thankful for this gift. My parents bought it for me this past Christmas because they know how much I love to read a good critical essay or philosophy book. And this book got me thinking, you see creative cuties, I have this theory that the reason why one man’s truth is another man’s lie, and I’ve spoken about it before. It’s a consequence of this ability we all like to believe we have, called common sense. Harris is a victim of wrong thinking, but his heart is almost in the right place.

If only he could get a broader perspective, maybe then his opinions might make more sense – at least, that’s my theory.