I remember when I first really heard about The Tragically Hip. I was in my first year of high school (2003), sitting in Social Studies 10 reading about the Canadian government, it’s culture, and the landscape of the country. There was a section dedicated to famous Canadian culturemakers and The Tragically Hip were cited as one of the most famous rock bands out of the Great White North.

Sure I had heard songs of theirs before, but I didn’t really know their music. I probably should have though. With my love of different musical formats, and enjoying musicians which evolved over time, The Tragically Hip were accomplished trend setters. 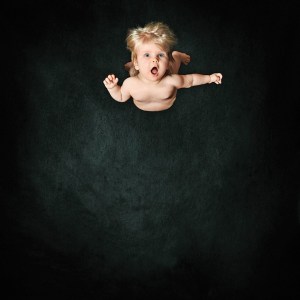 The Tragically Hip, sometimes simply known as The Hip, are a Canadian rock band, consisting of lead singer Gord Downie, guitarist Paul Langlois, guitarist Rob Baker, bassist Gord Sinclair, and drummer Johnny Fay. They have released thirteen studio albums and two live albums. Nine of their albums have reached No. 1 in Canada, they have fourteen Juno Awards, and they have also received an assortment of Canadian Music awards over the years.

I wrote about this detail once already, last week during my review of Gord Downie’s newest solo album, Secret Path, but this is likely the last studio album that The Tragically Hip will ever release. Following Downie’s diagnosis with terminal brain cancer last year, the band toured heavily across Canada to promote Man Machine Poem, with their final stop taking place in Kingston, the band’s hometown. The event was broadcast globally by the Canadian Broadcasting Corporation (CBC) on TV, internet, and radio as a media special, for approximately eleven million people.

Though it has been confirmed a few times and in a few ways, just as other reviewers have mentioned previously, this album was recorded BEFORE Gord Downie received his terminal diagnosis. So we shouldn’t try to read anything into it’s content, and instead take it at face value.

This is a solid record.

It isn’t perfect though. It’s not the best The Tragically Hip album I’ve ever heard, nor is it in the upper echelon of rock records. But it IS really entertaining, inventive, and full of a darkness which kind of permeates throughout the album. And as much as I hate to say it, sometimes they sound like Radiohead, especially on opener Man and closer Machine, and well, also on Ocean Next. It was co-produced by Kevin Drew (Broken Social Scene) and Dave Hamelin (The Stills), and this is an experimental album that makes simultaneously draws you in and forces you to sit on the sidelines. So much of what we hear is straight up exploration from a band that has been playing together for over thirty years.

Tired as Fuck reminds me of classic Hip, but also definitely has a Broken Social Scene taste on its lips – Here in the Dark and Hot Mic are arena rock with no aftertaste. To top it off, In Sarnia and What Blue definitely have that pop and blues aesthetic which have given Gord Downie his pensive and romantic credibility for the past few decades.

It’s interesting, because it’s not fully experimental, nor is it completely a middle-of-the-road Tragically Hip rock and roll experience. And I think that’s a good thing. If we got a completely inventive album, many fans would struggle to connect with it, but if it was solely rock then it would feel stale. Instead, this album is fully, completely it’s own hybrid.

This album, like the entire back catalogue of The Tragically Hip, is not a send off of the band as they are, but a snapshot of a moment.

It was over fifteen years ago that I first heard about The Tragically Hip. They were already almost twenty years a band at that point. But they weren’t popular music like the indie and hip hop I was absorbing at the time, and so I wrote them off.

I shouldn’t have done this to myself, and now I have to live with the knowledge that I could’ve been enjoying The Hip for years. Do yourself a favour, listen to this record, and then start backtracking through their discography. It’ll be worth it. Yes, it could be a just a theory, but 30 million Canadian can’t be wrong, right?