This we already know.

With just over 1.79 billion users, it’s even more popular than YouTube, which has roughly 1 billion users, but definitely more so than Instagram (5M) and Twitter combined (3M).

With such an incredible base of people using it on a regular basis, it’s kinda impossible to not jump on the Facebook bandwagon. Yes, there is an argument to be made that younger people are moving towards social media networks like Instagram. And it is true that Tumblr, Reddit, and Pinterest are growing in little leaps as well, but when it comes to large scale networking, Facebook is king of the hill. 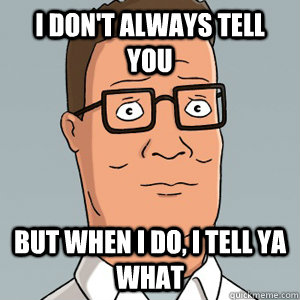 And it even has a 2010 movie made about it which we affectionately know as The Social Network – an award winning movie that received Academy Awards for Best Adapted Screenplay, Best Original Score, and Best Film Editing.

You’ve probably seen the movie too. And whether you have or not, I’m gonna give a quick recap on it. It tells the story of friends Mark Zuckerberg (Jesse Eisenberg) and Eduardo Saverin (Andrew Garfield) who build a website called Thefacebook for ivy league students to meet and date, while Zuckerberg has been simultaneously employed by Harvard twins Cameron and Tyler Winklevoss (Armie Hammer) to build The Harvard Connection. The Winklevoss’ eventually sue Zuckerberg for stealing their idea, while Napster co-founder Sean Parker (Justin Timberlake) works his way in on Zuckerberg to improve upon the website, while also convincing him to push Saverin out.

It’s a gripping movie which puts a dark twist on the decade of 2000-2009 and also tells a rather human story about social media.

But the thing is, you’re a creative professional, and you need to start marketing yourself better. You really should find a way to get your work out there and in the hands of the people who want to see your content.

I know those people exist, because I run into them all the time in both my real life AND digital travels, and it’s not that difficult to reach them. You have to understand the basics of Facebook marketing first.

Facebook has three major ways of connecting users to content – Pages, ads, and groups. Each of them has a particular value and purpose, but by combining them together you’ll learn how to get where you’re going and effectively to boot.

Now to be perfectly honest, those are simply the tools in the tool-belt, what you really need are a set of instructions and a how-to guide on construction. But in order to do that, I’ll have to write more about it, and that’s better served for another theory. After all, we only retain about 3-10% of new information in a single pass, so I’ll let you mull over this for a few weeks and then come back at you with part two. Sounds good? Excellente.

I hope you have an excellent evening dear readers, and to my American fans, I hope your new president treats you well and is a good steward to the global community.