The term globalization has been around forever, but for one reason or another we didn’t really pay attention to it, at least in my humble opinion, until telecommunications began flattening the world with the popularity of the Internet. And this flattening of course was physically helped by companies all over the world investing in laying fiber optic cables seemingly everywhere.

World historians have been writing and lecturing about globalization for much longer than that time period, if we’re going to be really honest. When countries began sending explorers around the world, like Christopher Columbus in the 15th century, that was probably the first major event that helped flatten the world. 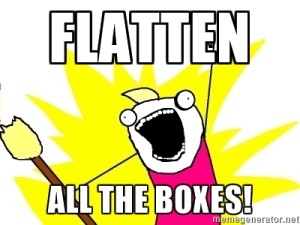 So as countries are able to share content and ideas more cheaply, the trajectory of creative endeavours continues to be shaped, but in a somewhat unknown and rather sublime way. Let me use a metaphor to explain what I’m eluding to more clearly. If in the past local markets were like rain falling upon a field, then we no longer rely on local markets only, and instead global markets move like tornadoes through a county.

It’s a global phenomenon which dictates how our world changes going forward.

But what the heck does that have to do with films timotheories?

Good point dear readers, I would have to admit that I don’t know exactly what it has to do with the future of films, but Chris and I, as well as a few critics we trust on these matters, are starting to see trends emerge with films, and we believe that the global film market is having a major impact on the types of films which are released based on box office earnings. Effectively, the global film market has a greater hold on the film calendar then ever before.

Episode 10 of Cross Talk is all about considering that maybe the reason why we continue to see bad movies being made is that in fact North American markets are not the only piece of the pie any more… And quality may be taking a backseat to blockbuster entertainment.

I’m out of theories for now, but please check back tomorrow for an album review that makes me sad, Every Time I Die. It’s a fun album, well, actually it might not be a fun album, depending on your perspective. Please comment, subscribe, and share this with friends. We want to hear your feedback!