What a strange sight to see – When fantasy meets reality and dreams became something more tangible.

We all have dreams. And while sometimes it can be quite therapeutic to take a break from the hard work of the world and think upon what could be.

But what if you were living your dreams right now? That’s what this week’s album review is all about. 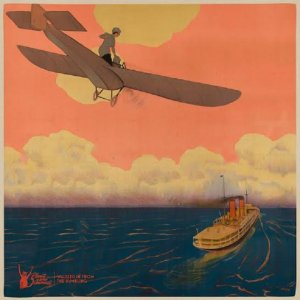 Plants and Animals are a Canadian indie rock band from Montreal. A three piece act that began playing together as children and whom have now released four studio-length albums decades later.

It’s almost the perfect story isn’t it? We all had those sort of dreams as children. Each of us were asked that age-old question of what do you want to be when you grow up? It turns out that Warren Spicer, Matthew Woodley, and Nicolas Basque all got their wish.

And how fitting given that their fourth album heavily features tracks that were given form via a process akin to a playdate. Each member of the trio  meeting up in their studio to play whatever they felt like at each session. This is the effort of P&A stepping back from the limelight after five years of touring and two albums made during that period; this is Plants and Animals setting out to record something real and wrought with emotion.

And it’s incredibly beautiful album to listen to.

All the mistakes, quirks, and cleverness of epiphany all rest inside of each track rather softly, a simple request that you take them in and ponder them over.

The results of childhood friends taking advantage of their shorthand to recognize when something isn’t working and then to push a song in ways unexpected is quite a wondrous thing to hear.

But the problem is that it isn’t entirely accessible at first playthrough or even during a second playthrough. Yes the music is fun and heartfelt and beautiful, but it moves at a variety of paces throughout and it’s shoegazing format is not something that is going to appeal to the majority of the crowd. P&A can’t quite figure out the tone to set on this one and it hurts the album for it.

But I’m willing to bet Plants and Animals aren’t concerned about what the majority thinks. Which is why they are willing feature summer tracks like We Were One, the horns infused Je Voulais te Dire, and the rather ironic Flowers.

Stands out tracks include No Worries Gonna Find Us and We Were One. And if you want to listen to a few of the tracks yourself they’ve already released a couple of singles – 1 2

As other indie bands explore heavy pop mixtures, opportunities to use synthesizers and older sounds, Plants and Animals are on a different journey and one that keeps them ever youthful.

Plants and Animals are fortunate to have the opportunity to live their dreams, and the talent to share with us what dreams can sound like when realized. That is why an album like Waltzed in from the Rumbling is so beautiful to hear. Yes, the melodies are quite lovely, but that conviction and success are sweet as well.

But should you buy this album? I think if you want to try something a little different, than absolutely yes… what dreams may come.