It blows me away how easily sounds can pull us back into our memories. We don’t think about this a lot, but I bet if you turn on your favourite song, you’ll have very specific memories associated with it and you’ll be pulled back in time to when that song came out or to an event you didn’t know matter so much to you.

That’s what this week’s album review feels like, a familiar sound but a new experience. 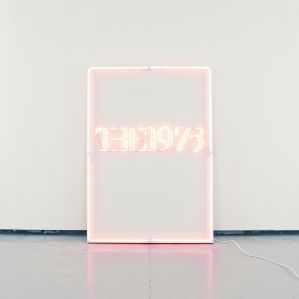 The 1975 are an English alternative band right out out of Manchester – A classic 4-piece group that have been playing together since 2002. Did you know that they released 4 EPs before they were comfortable enough with their sound to put out their self-titled debut in 2013? 2016’s I Like It When You Sleep, for You Are So Beautiful Yet So Unaware of It is their second outing, and frankly, a stronger sounding record because of this initial strategy, which is a good thing for all of us.

In case you were wondering about their genre, The 1975 take elements of pop (electropop, indie pop, pop rock) and rock (alternative, funk rock, indie rock) to form their unique sound.

They remind me of a whole whack of different musical acts (Depeche Mode, Marianas Trench, Arkells, The Smiths, Joy Division, The Cure, Purity Ring, Savage Garden, and David Bowie, for starters), which is interesting because despite that, or if you’re a half glass full type, because of that – Their music is really quite fun to listen to.

And yes, we need to address what will be the obvious for those who have already listened to the record, and for those of you who will listen to in the near future. Yes, a lot of the songs on this album have a very 1980’s sound to them. But you know what, that’s not necessarily a bad thing. Apparently the 80’s are in vogue these days, because I’ve heard my share of albums that pull from that era already this year.

Hell, Matthew Healy, the lead singer and rhythm guitarist, admits that his greatest influence is the filmmaker John Hughes.

My original plan was to break down the tracks and tell you why each one is good or bad, what they sound like, etc. You know, in typical review fashion, and what I’ve done in the past before? But that isn’t really beneficial for you OR I, dear readers.
I really like this album, and I think you should listen to it, because this is innovative music, straight up. It’s apparent from the outset that you are in for something different with a long-ass album title ILIWYS,FYASBYSUOT.
Yeah, I got tired of typing it out.
It’s interesting because I’ve heard some people are immediately drawn to it, and other take some time, while still others think this record is a bit of a slog. But I’m willing to bet that the delayed response is the most accurate, and counts for the outliers. This album takes a bit of time to warm up to, not because the songs are dry, but because there is a lot going on. After that though, it’s amazing to see how much range and experimentation is within the walls of the The 1975’s house.
Similar to how music from the 1980’s felt.
But I won’t leave you hanging dear readers, check out the music videos for Love Me, UGH! and The Sound. Also previews for She’s American, If I Believe You, Paris, and A Change of Heart.
I bet you won’t be disappointed, and much like the theme song behind the documentary about the search for John Hughes, I bet you won’t be forgetting about The 1975 any time soon. In fact, this might be one of your new favourites albums to emote to.

As much as I want to have a soundtrack to my life, I don’t think I’ll ever get there. I have too many interests and too broad of tastes at this point for my life to fit so easily into a specific sound or space. But dammit if I won’t try. But what if you didn’t have a choice, and you were confined for a time to one song, how would you cope?

Check back tomorrow for a film review that looks at those kinds of questions!