Another week, another game night in process, which inevitably leads to one of my favourite nights tomorrow – date night!

To be honest, I never thought I would be a date night kinda guy, but live and learn. You can be romantic and pragmatic at the same time; the success of the variables and resulting sense of wonder all come down to what you do, and how you accomplish it.

Date night started as a way for me to ensure that I spend uninterrupted time with my belle at least one evening of the week. Now of course, we also spend a lot of time together on the weekends, but that is usually focused on running errands, social events, and spending time with other loved ones as a unit.

Such is the way of the 21st century couple. And I’ve accepted it. Between social media, the daily commute, and the pace of everyone else seems to live their lives – quality time requires quality effort.

Which means that I have to plan these nights out, have an exit strategy and come up with contingency plans regularly.

You single types might scoff at my planning, and you long term teams might think me silly, but I know that this part of the mix is what keeps a relationship interesting. Consequently, I don’t always have ideas chest-bursting their way into my consciousness. 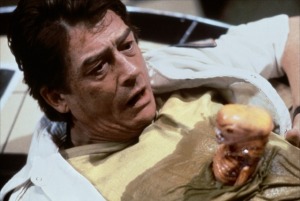 But my girlfriend, in her ever present, weird, and wise ways accidentally gave me an idea for this weeks date night, and also a reminder for you art enthusiasts.

And continuing with the bad puns, before I get into today’s Timely Thursday post, I need to get something off my chest.

I kind of promised I would let you know how the ice castles were didn’t I?

Well, be informed and intrigued because… the Ice Castles team doesn’t disappoint at all! There are a number of beautiful displays inside the castle: a fireplace, a slide, a throne room, caves, and an expert describing the ice castle construction process. The think the best part hands down though was that the walls and ceilings of the castle were sculptures themselves. There wasn’t a spot in the entire area that wasn’t visually gorgeous.

Now on to more pressing matters. The art related thing I am going to check out tomorrow evening and which I think you should look into as well.

Believe it or not, small independently run cinema exists in the capital city of Edmonton. And they play films which aren’t major releases.

If you have never been to the Garneau Theatre (8712 109th st) or The Princess Theatre (10337-82 Ave) then it is high time you try watching a movie in classic movie seats with wooden arms and almost non-existent leg room.

The reason to do this is not only for the experience of film in a more traditional format, of course, but because they show independent films, allow you to rent the space for live theatre, and they are a part of Edmonton’s history.

Edmonton’s Metro Cinema (a non-for-profit society) took control of the modernist desigend Garneau Theatre back in 2011 and haven’t looked back since, offering new films daily and significant maintenance to the property as it is now a designated Municipal Historic Resource.

But that’s not all.

Metro Cinema Society has a really solid belief statement (taken from their website)!

Metro Cinema Society believes that film and video are significant art forms and means of communication. We believe that many innovative films and videos are overlooked by conventional theatres including independent, international, and Canadian productions…

To this end, Metro exhibits an eclectic blend of film, video and media arts, that are not screened anywhere else in the city. Metro’s focus is on presenting a broad selection of educational, cultural and innovative works. The Society operates with the ongoing assistance of a large volunteer base. We regularly distribute a program, facilitate discussion, and bring in artists.

Bingo. They work with artists and are excited about bringing in unusual film, video and media. This is exactly the kinds of things that local Edmontonians need to know about and you creative types need to get involved with. If you care about film, support groups like this and become part of the discussion!

So what am I going to go see tomorrow night? Well I can’t tell you that just yet, otherwise the mystery goes away. But I promise you it will be a fun time.

That’s all the theories I’ve got this week, dear readers. I hope you have a fantastic weekend, make art, see people you care about, and take in something cultural. I’ll see you on Sunday evening for something stimulating.